In Search of the Alt-Click Menu in Office 2016

In Search of the Alt-Click Menu in Office 2016

So, you’ve decided to roll-out Office 2016 to your users, and you want to know what gotchas you have to be wary of.  Or like one of our clients, you’ve deployed to a user or two in advance, to take advantage of new features the user may need, and found out something’s missing.  That Research pane summoned by alt-clicking on a word in your document does not contain a dictionary as it did in previous versions.

Funny, you say, it was there when I was logged on.   Then, you discover that, in their infinite wisdom, Microsoft’s developers have decided to remove the feature in 2016 for standard users.  I’m sure there must have been a valid reason, but really?  Like King Herod when the magi announced they were there to visit the new king, spewing out his morning coffee, he commanded them to find this threat to his throne.

Your user similarly whisks you off on a search and rescue mission.  So, like the three wise guys, Larry, Curly, and Moe packing their gifts of gold, Frankenstein, and Mercedes, you set off in search of the Holy Grail.  If only there was a star to follow, documentation on this feature is scarce to be found.  This is one of those been there, done that, bought the t-shirt moments.  In this article, I hope to provide you that star to lead you to your goal – restoring the dictionary to the Research pane.   What gift to bring?  Precious jewels.  A sapphire, a ruby, and a pearl to be precise.

In The Story of The Other Wise Man, Henry Van Dyke spins a tale about the fourth wise man, the one you never hear about, Artaban.  He purchased the three jewels mentioned above and planned to join his three companions for the journey of a lifetime to present his gifts to the king.  As he made the trek to join his friends, he encountered a very sick man, and tended to him, causing him to be late.  His comrades had left without him.  Artaban traded his sapphire for camels and supplies to attempt to catch his friends.  Again, he was late and arrived in Bethlehem just as word had spread that Herod’s soldiers were coming, presumably to enforce some new tax.  All the men had taken their livestock and fled into the countryside.  He stopped at an open door of one dwelling and heard a mother singing a lullaby to her baby.  He entered and spoke with her, to discover his friends had already come and gone.  As he engaged with the baby, Artaban heard soldiers scurrying down the street, and then women shrieking as the soldiers began killing the children as directed by Herod.  He stepped to the doorway, and as the captain approached, he offered his ruby in return for bypassing the house.  The captain accepted his gift and moved on.  Many years passed as he continued his search for the king, and in Jerusalem one day, Artaban witnessed soldiers dragging a sobbing woman down the street.  She was to be sold as a slave to pay off her father’s debts.  He gave the pearl, the last of his gifts, to her so she could buy her freedom.  Artaban was distraught that he had lost the gifts he had so carefully selected for the king.  It turned out that in helping others, his treasure had been accepted, his journey ended, Artaban had found the king.

Let our Microsoft-certified team help with your Office 2016 rollout or training.  Free up your time, get access to specialized professionals, and increase productivity.  Start the conversation by completing the form below or give us a call at 405.810.8005.

So, forego the gifts, like the fourth wise man in Van Dyke’s story, you’ll take the information provided and bestow to your users the functionality they need to be productive.  While there is no official fix that I found, there is a workaround in the form of a registry key.  You can export and import the registry key to a single user, or use it to create a GPO (Group Policy) to deploy to your enterprise.  Below are the steps to deploy using GPO (the instructions are written as if you are performing the task remotely, you may have to adjust them slightly if you are onsite):

2. If you did this remotely, and had to go through the HK Users hive, you have to edit the .reg file to replace the HK Users verbiage with HKCU.  If not, you can skip to step 3.

3.  Import the registry key to the computer you will use to run the Group Policy Management Console.

4. Create a new security group to apply the GPO to.

5. Add the appropriate users to the group.

6. Create a new GPO, edit it, and add a registry item in User Preferences.

8. Browse to the key on your computer and select it and all the sub-keys.

10. Set the delegation on the GPO for Authenticated Users to Read, but not Apply. Then set your new Office 2016 group to Read and Apply

11. Link the GPO to your domain and run gpupdate /force.

12. Now, your standard user can alt-click a word, and get the Encarta dictionary.

Gotta love it when the design gurus at Microsoft decide to remove a useful feature, and then they test it in their lab, and things work perfectly.  But in the real world, with real live users banging away in the application, the omission is a glaring deficiency.  I understand the developers have reasons for removing the features, i.e. security, but I sometimes have visions of what goes on there.  Larry, Moe and Curly come to mind.  Maybe something like,

“How do you expect me to work here?”

Moe slaps the other two.

“That’s in case you do when I’m not around!”

I’m sure that’s just a comical way of associating frustration with our imagination, as certainly, the developers are quite technologically capable.  So we come to our users bearing gifts – a shiny, brand new version of Microsoft Office with the latest bells and whistles to make their life easier, you know, a little input and it does all the work.  But, like Artaban, due to circumstances, we’ve lost our treasure.  In their eyes, it is an empty gift.  But, with the workaround provided, what was lost has been found.  Treasure accepted! 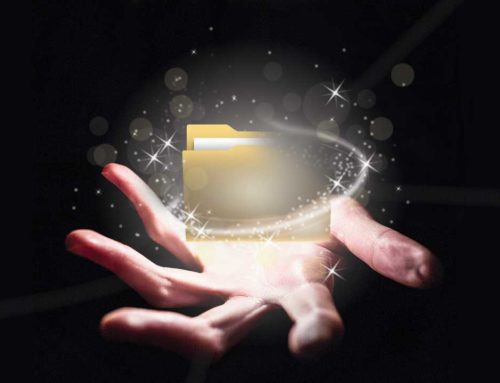